All You Need To Know About India’s Famous Maharajas’ Express

Heard about the Maharajas’ Express? Here are 10 facts you didn’t know.

India is a land of diversity. It is evident from its geography, language, people and their culture. Economy too shows similar melange and so does transport. While there are cheap tram rides costing only a few cents, India also boasts the most expensive luxury train of Asia – The Maharajas’ Express.

The Maharajas’ Express is a pure masterpiece that excels in all plausible aspects of travel, accommodation and service. It is perhaps the only rail ride in the world that is designed to deliver only pure luxury through infinite means of splendour and aristocracy.

Inaugurated in March 2010, the train has been operating with pride since then. To add to its record, it has never failed to provide complete satisfaction to its boarders, till date.

Below are 10 fascinating facts about this marvelous rail-ride. Start scrolling and get astonished!

The Maharajas’ Express is based on the concept of a royal Indian palace that travels on wheels. The train is built with such royal precision that its very presence shares a feeling of royalty and ethnicity.

The Indian Railway Catering and Tourism Corporation Limited (IRCTC) initially operated the train jointly with Cox and Kings. The venture, however, was soon broke up by the mid of 2011. Henceforth, IRCTC became the sole owner and operator of the Maharajas’ Express.

The train basically runs on 5 routes that covers more than 12 picturesque destinations. Most of these destinations serve as a heritage to the country. One can choose any of the journeys based on his/her taste of travel.

4. It won thrice in a row at the World’s Travel Award

We have heard hattrick in cricket but in awards? Yes, the Maharajas’ Express has scored a hattrick by bagging the title of the The World’s Leading Luxury Train at the World’s Travel Award. It has received the award in 2012, 2013 and 2014, consecutively.

As we have said before, the interiors of the train boasts the view of a Royal palace. Even the staffs are dressed like royal servants to add to its royalty and aristocracy.

6. Has all modern amenities integrated into the ride

From basic amenities to modern luxuries, there isn’t any aspect in which the train lacks in excellence. Libraries, souvenir shops, relaxation chairs, bathtub in bathrooms are among the several assets of the ride.

7. Has private bars to entertain the boarders

There are two separate bars on the the Maharajas’ Express to entertain the boarders of the train. One of the bars is attached to the delicacy lounge of the train called the Rajah Club. Out of the 23 carriages that run with the train, one of the carriages act as a dedicated bar car.

8. Passenger capacity is only 88

Too much cook spoil the broth. In order to maintain the luxury and provide optimum services to all passengers, the accommodation capacity is limited to 88.

9. Off-train excursions at every destination is a bonus offering

Travelling for days in the same transport could be real boring. The Maharajas’ Express, thus, provides off-train excursions at every destination it halts. The safaris into the dense forests of the country is intriguing and a people’s favourite.

It is truly one of the most expensive rail rides of the world. The Presidential suite of the Indian Panorama tour package costs as much as $ 23, 700. However, the price is negligible in comparison to the amount of luxury and class that the passengers are exposed to during travel.

If you are new to luxury travelling, you may have a look at the 20 Things You Didn’t Know About Travelling or alternatively, know more about India’s costliest journey on rails.

Hope you guyz loved to explore the $20K Indian ride. Do share your thoughts by sharing them as comments below. 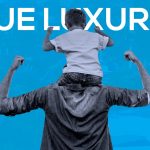 Top 10 Most Expensive Mistakes in History 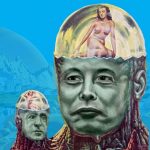 15 Fascinating Things Billionaires Are into These Days 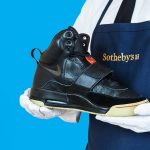 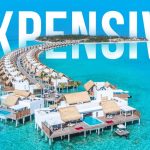 10 Destinations Too Expensive for Poor People 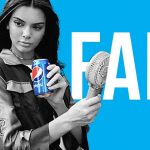