Did You Know Some of Your Habits Are Slowly Damaging Your Brain for Real? Find Out.

When an infographic with a WHO logo did the rounds in 2020 regarding 7 biggest brain damaging bad habits, it was quickly debunked by Fact checker sites. Unfortunately, the info still appears in Google searches on the topic.

But is there some truth to the list? Are there habits damaging our brains?

We’re here to do the research and bring you the truth. If we find it, and you’re better off for it – please subscribe to our channel and hit the bell notification so you don’t miss our daily videos.

You may want to quit reading this article mid way because it’s so long. Switch out to the quick little video version of this article:

With that out of the way, let’s get straight into the article.

Not Exposing Yourself to Expanding Thought

When it comes to the brain, if you don’t use it, you lose it. Your brain is designed to think, analyse, and assess but like any muscle, it needs to be flexed. In a Harvard Health article: stimulating thoughts, challenging tasks and new skills all “help the brain generate new cells, developing neurological “plasticity” and building up a functional reserve that provides a hedge against future cell loss.”

Digital tech has taken away the need for face-to-face conversation. But science is finding that social interactions, and in particular, conversation are important for brain health. Short, considered text interactions replacing emoji’s for facial expressions are dulling our brains efficiency to carry on intellectual conversations.

Elise Caccappolo, professor of neuropsychology at Columbia University explains that “When you’re socializing, the blood circulates to several different parts of your brain as you’re listening and formulating responses.”

Harvard Health again weighs in on this one, mentioning the strong link between good social ties and lower risks of dementia. More on this in a minute.

The brain needs pure unadulterated fresh air. If you’re not getting good quality air because of pollution, stuffy indoors, or you’re just not breathing deeply enough, then you’re starving your brain of what it needs to thrive. Remember, humans have survived weeks without food, days without water, but only minutes without oxygen.

Sit up straight while working, learn some deep breathing exercises to strengthen your diaphragm and get as much clean fresh air in your lungs as possible.

Can you grow your brain? You sure can.

On to how dementia and loneliness are linked. Loneliness is not linked to how many friends you have, it’s about the quality of the human interactions and how they satisfy your sense of belonging. An ongoing feeling of loneliness can cause stress and depression that triggers inflammatory responses in the brain. A Rush University Medical Centre study of 100 people over 80 years old, connected lack of social interactions with severe cognitive deterioration.

If you want to keep your friendships safe, check out 15 Ways to Be a Better Friend.

Sugar has been widely vilified, but salt is also having its moment of judgement for brain health.

We can all accept that excess salt leads to high blood pressure. But if you think further, your chance of having a stroke is significantly increased if you have high blood pressure. Strokes are very damaging to the brain and can lead to speech, cognitive and physical incapacity. So those extra shakes of salt are a habit you should quit for a healthy brain

Losing your hearing doesn’t directly affect the brain function. But if you can’t hear something, then you could miss vital information. Don’t believe us? John Hopkins University found that hearing impaired people have a 30 – 40% higher risk of falling victim to cognitive deterioration.

So, keep your ear health on point and let the learning keep rolling in.

You don’t have to look further than a cigarette pack for a warning on the health risks of smoking. But you might not know that smoking can affect your brain negatively too. Smoking damages your vascular system that brings blood to your brain, which increases the risk of strokes.

Tabaco contains a compound that causes the white blood cells in the central nervous system to attack healthy cells and cause neurological damage.  Cigarettes lead to thinking and memory problems through hastening the thinning of the brain cortex

The American Journal of Public Health published a study in 2003 which connected smoking with faster declines in verbal memory between 43 and 53 years of age. The University of California in San Francisco released research in 2010, that found smoking nearly doubled a person’s chance of developing Alzheimer’s.

You are what you eat, and if you aren’t putting in brain food, you won’t get out the best results. Study after study we found in our research listed off their results that all concluded that high fat low nutrition diets led to lower cognitive functioning.

Here are some of the highlights:

The journal of Neurology study in 2012 of 6000 people, around 50 years old were studied over 10 years. Those who were overweight had a 22% higher deterioration of their cognitive functions.

The “low-carb” diet was examined by Tufts University researchers in 2008. This is generally associated with high fat and protein intake. Two groups of women were studied, one group on “low-carb” the other on a balances diet recommended by the American Dietetic Association. The low-carb diet participants performed worse on memory-based tasks.

You got 86 billion braincells but worry ain’t one!

Linda Melone, a health writer explains, “Prolonged periods of everyday stress increase cortisol levels in the brain, which causes our brain cells to lose synapses, and make it more difficult to create and retrieve memories.”

Adding habits like meditation and relaxation to your life instead of defaulting to worry will help increase your intelligence and memory.

If you want to check out the world of meditation without having to shave your head and join a monastery then Alux has you covered. Our online course: Mind Mastery can be completed from the comfort of your home. Go to alux.com/mindmastery and enrol now!

Good old sunshine is linked directly to our brain. Not getting a daily dose of vitamin D can mean that your brain isn’t firing in all cylinders. We get vitamin D from sunshine, pure unadulterated sunshine directly onto your skin.

Prolonged lack of sunshine can cause permanent damage and is linked to cognitive decline. Older people, northern hemisphere dwellers and people with more melanin who don’t get a lot of time in the sun can boost their brain health with healthy habits like taking daily vitamin D supplement.

I think we all know that alcohol can lead to memory loss. In fact, a 2004 study in the Alcohol and Alcoholism Journal found that after a big night out, test subjects showed delayed recognition in memory even when blood alcohol levels were back to zero.

However, it’s a bit of a tricky line to walk because a study in The Lancet published by Dr Nelson in 2002, connected a moderate amount of alcohol use to reducing the risks of dementia. Although moderate is an unspecified amount for the everyman to follow.

Sugar didn’t skip the list, but not for the usual diabetes linked reputation it has. High sugar diets elevate glucose in the bloodstream. This reduces the production of a brain chemical known as “brain-derived neurotrophic factor”. This is the chemical the brain needs to form new memories and learn new things.

No new memories and new lessons, well, you’ll remember how damaging that is if you take a stroll down memory lane to number one on this list. That is if you can still remember it!

We’re not huge fans of habits like multitasking at Alux, we have long believed that it’s got no merit in productivity.  More on that in our video: 15 Productivity Habits To Win Back Your Time & Life

Two of the major takeaways were that people who multitask are chronically distracted and because they are initiating all parts of the brain at once, aren’t as focused as those using the brain zones relevant to the task at hand. Multitaskers can’t filter out irrelevant information as easily. And the worst finding is that it wastes more time and kills creativity.

Other Research found that multitaskers have less density in the anterior cingulate cortex, the region responsible for empathy and cognitive and emotional control.

Nothing degrades your brain function faster than lack of sleep, well… except lack oxygen…

Sleep deprivation affects the memory, and what’s alarming is the American Center for Disease Control and Prevention say that 28 percent of U.S. adults report frequent insufficient sleep. That’s a lot of memory loss.

Sleep isn’t just quantity though, it’s also quality. Dr Nelson from the Lancet study explained that “You could have someone who gets an adequate number of hours of sleep, but if you interrupt them as they’re going into certain cycles you can undercut their memory consolidation.”

On that note, we have a question for you… what do you do that is damaging to the health of your brain? We’d love to hear from you. And Aluxers, if you’ve learn something new here, we’d appreciate you hitting that bell notification on our channel and of course, subscribing for amazing videos! 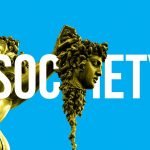 15 Limiting Beliefs & How to Succeed beyond Them

How to Find Your Competitive Advantage

15 Brutal Truths about Life Everyone Learns in Their 20s

10 Things to Look For in a Mentor 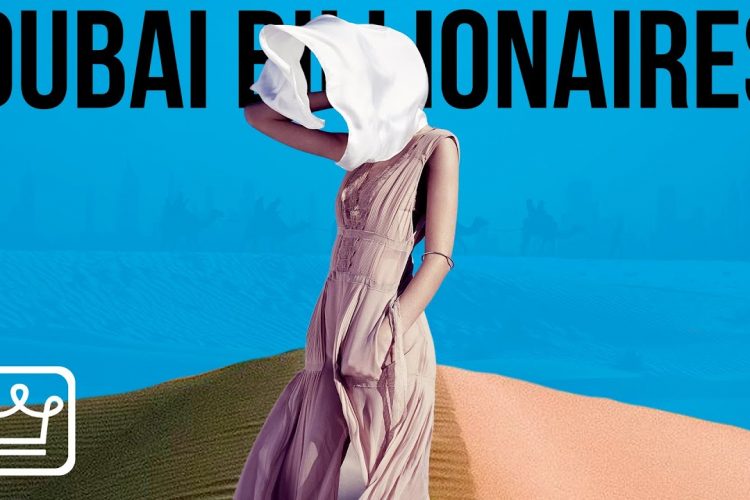 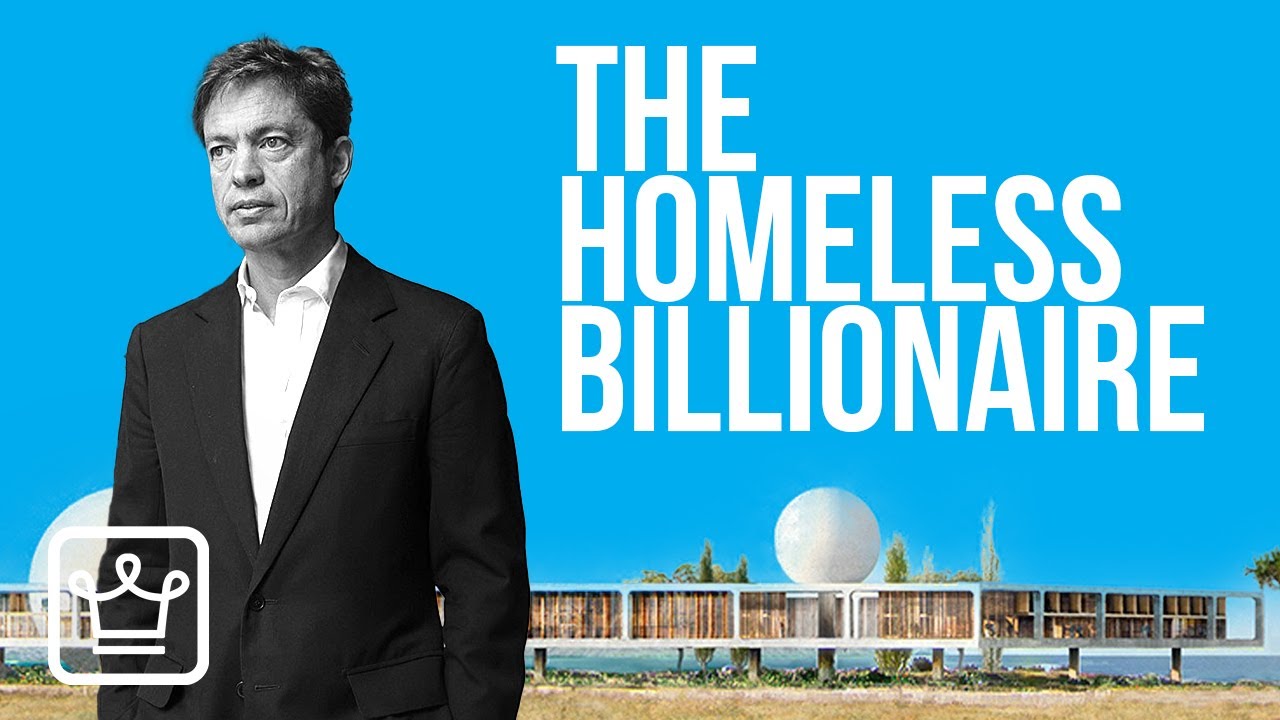