This Most Expensive Bugatti Should be Your Dream Car

Bugatti Veyron Super Sport is the fastest production super car in the world. Since the day it broke the Guinness World Records seven years ago, no other car has succeeded in dethroning it. What is the speed record? 431.072 kph!

What makes it so fast is its engine power and aerodynamic package. Its 8.0-L W16 engine has 1,200 hp which makes it possible to accelerate from 0 to 100 in just 2.5 seconds. However, you shouldn’t get too excited just yet. Because for the road, the car is electronically limited to 415 kph only.

There were only 30 units of Super Sport produced. And each and every single one of them has been sold out. The price varied according to each owner’s preferences and requests. But the asking price was around $2.8 million per unit.

Although most current Bugatti models have similar exterior design, Super Sport has a distinctive look. Its form is generally flat and elongated. And instead of bonnet scoops, the engine is ventilated by two NACA ducts in the roof. 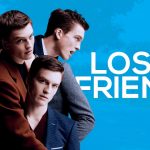