Let’s Analyse the Chances of a Working World Government!

Hello, Aluxers, and welcome back. It’s a popular conspiracy theory that those in power – on either end of the political spectrum – ultimately desire to create a one world order, where the entire world will fall under the same government and ideological rule.

Many religious people also see the formation of a worldwide government, likely ruled over by the Antichrist, as a sign of the end times. Well, today we’re going to set aside the conspiracy theories and religious ideas and just focus on the practical realities of the question: Could a World Government Actually Work? We invite you to come on this journey with us and consider the possibility.

For those of you, who aren’t in that reading mood, here’s our analysis packed in audio and video:

With this delivered, let’s move closer to the answer!

From the beginning of time, people formed into groups then villages then civilizations and then states and countries. People have always sought out civilized societies with a governmental framework that regulates how people within that society interact and conduct business.

When the industrial revolution began in 1760, countries began to open up to each other more and more with increased trade and the sharing of technology, and of course globalization has rapidly increased in more recent times in the age of the internet. Now the world’s governments and their people have greater access to each other than ever before, and it’s easier to connect around the world.

This has more and more people wondering if it’s possible to bring all people of the world under one cohesive government. And if it is possible, is it even a good idea? Let’s look at some of the pros and cons.

Resource: Best Countries to Get Rich

There would be several potential benefits for everyone in the world to be operating under the same government system. For one, this would virtually put an end to the risk of global war. Ideally, regional and political alliances would be dissolved, and everyone would work for the common good. Without conflicts between world leaders, resources could be distributed more equally and present-day developing and third world countries could have a greater quality of life.

Business sectors would be standardized with across the board expectations and regulations, which would increase efficiency. Different regions also might be more willing to share technology and advancements in research, which could lead to medical breakthroughs and exciting innovations.

A global government would also be better equipped to address major international issues like climate change and global recessions. But of course there are a number of potential drawbacks to this kind of government as well.

There are many ways that a one world government can go wrong. If it becomes corrupt, there won’t be another entity or coalition of governments that will be able to keep it in check. There may be a loss of individual cultural identities as the world becomes more homogenized, especially if everyone starts speaking the same language. There is no guarantee that one government would result in world peace as there is always the chance of rebellion or splinter groups.

It will also be very difficult for one government to adequately address the needs of every person worldwide, so invariably certain groups will be marginalized. Then there are the practical challenges and the cost involved with establishing and running such a massive undertaking. Let’s look at just one of the many practicalities that would have to be addressed in such a case.

One of the necessary changes that would have to take place under a world government is the establishment of one universal currency. This would wipe out the over 180 currencies that are currently used worldwide. The European Union achieved this on a smaller scale when the euro was formally adopted in 1999, replacing 22 different forms of currency that were formerly used in Europe.

The transition was fairly smooth and carefully planned over seven years, but converting to a global currency would be much more complicated. For one, there would be nine times as many currencies to transition and 167 more countries to deal with. Even though commerce is becoming more global in nature, individual economies differ greatly and need to be managed in different ways.

With one worldwide currency, any monetary policy decisions would likely benefit some countries at the expense of others. The bottom line is even though with the current technology it is possible to implement a global currency, especially if everything went digital, there are still a lot of practical and logistical challenges that may not be possible to completely overcome.

There are already several global organizations that address common issues across countries such as the United Nations, the World Court, the World Trade Organization, the World Bank, and the International Monetary Fund. These types of organizations lay the framework for international cooperation and prove that there is some precedent for different cultures and countries working together for a common purpose.

However, the majority of these types of organizations tend to favor the desired policies of First World countries. In order for these organizations to work as part of a global government, every nation would need to have a seat at the table and equal representation. Today the population of the least developed countries equals about one billion people, while the population of First World countries also represents about one billion people, or 15 percent of the world population.

This means that 85 percent of the world’s population could be at a disadvantage unless the one world government is able to more equally distribute resources and help put every nation on an even playing field. That seems to be an almost insurmountable task given the diversity of economies, cultures, infrastructure, and ethnic groups found all around the world. But this doesn’t stop people from considering the possibilities.

There are a couple of different theories outside of religion and conspiracies that dominate the debate in this area. First, there are those that believe that the United Nations could eventually evolve into a world government. In order for this to work, the UN would likely need to add a parliamentary assembly with directly elected representatives. Individual countries could have their own local laws, but international law would be paramount.

In a similar way that citizens in the United States can go to the Supreme Court to challenge a state law, in this version of the one world government, citizens could look to the international courts to overrule national laws if warranted.

Also, again every region would need to have equal representation, and all of the elected members would have to be willing to work towards the greater good rather than just looking out for the best interests of those they represent. Given the state of the world today and the fallibility of human nature, it’s hard to imagine this being achieved anytime soon.

Other proponents of a one world government contend that a necessary step before this can happen is for all continents to develop their own regional governments. The European Union is held up as an example of this, although the EU certainly has its issues. Still, it’s the best model that currently exists of international cooperation with 28 countries—soon to be 27—united with one currency, a supreme court, a standardized system of laws, a common economic market, a large civil service, and a coordinated military.

Just over 7 percent of the world is currently part of the EU, and the EU contributes nearly 25 percent to the global nominal GDP. And if Europe was able to accomplish this challenging yet clearly not impossible feat over a period of about 10 years, it’s not unreasonable to wonder whether the other continents could achieve similar unions.

However, each continent would face its own unique challenges in doing so, and the time and effort it would take for all countries in a region to get on the same page and agree on everything involved—well, it could take years or it could take lifetimes. And then once those regional governments were established, a  federation would still have to be formed in order to bring those regions under one world government. Is it possible? Yes. Is it likely? No.

A one world government is very idealistic. It’s awesome to think about a world living in peace with shared resources, technology, and ideas, but in order for this to happen, leaders of individual countries would have to be willing to give up their power and submit to a greater authority or an equally shared authority, which is unlikely to happen anytime soon. There is a very narrow path to achieving a successful world government, but almost infinite reasons why it could go wrong. So the odds are certainly not in the world government’s favor.

Add on top of that the stigma attached by conspiracy theorists and those who believe for religious reasons that it’s a sign of the end times and the odds are stacked even more so against it. Yet the relative success of the EU makes it an intriguing concept to explore, and the increased globalization and ease of communication across countries and cultures makes it an ever-increasing possibility.

For a better understanding of the impact increased globalization has on society and the economy now and in the future, check out The Globalization Paradox by Dani Rodrik. Rodrik looks into how globalization plays into confronting international challenges relating to trade, finance, and labor markets.

He also suggests how a framework of international rules could help facilitate widespread prosperity moving forward. Not quite a one world government, but perhaps a step in that direction. This book sells for 25 dollars, but let us take care of that for you. Just go to alux.com/freebook and sign up so that you can get the audiobook version for free thanks to our partnership with Audible!

Now that we’re wrapping up this story, we’d like to know: Do you think the positives of a one world government outweigh the potential negatives? Let us know what you think in the comments. 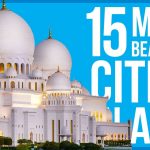 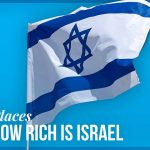 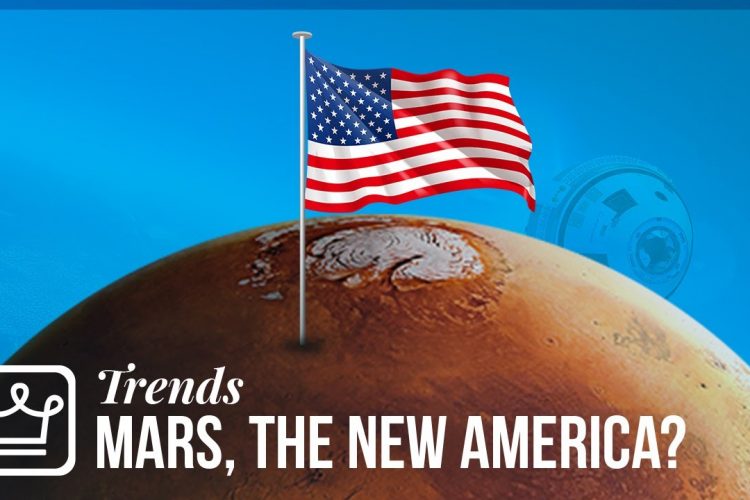 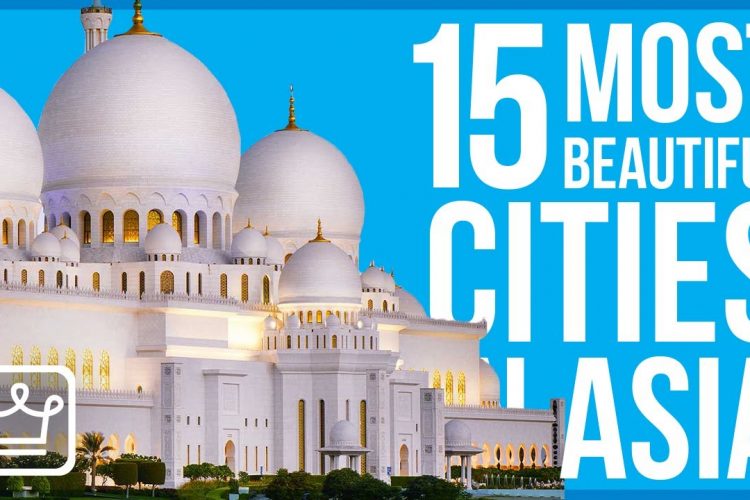 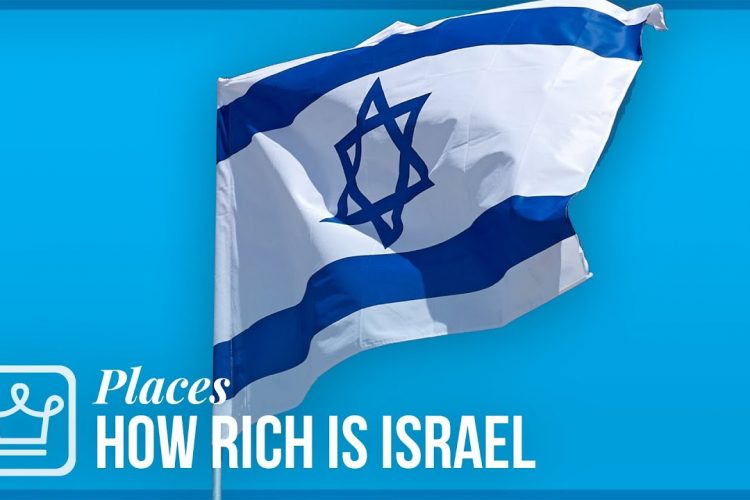 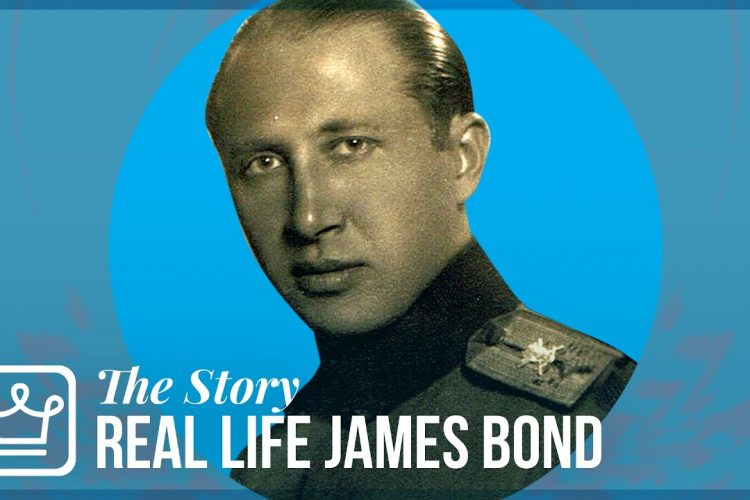