Why the Average Hate Success

We Are Uncovering the Reason Why Average People Are Always Miserable by the Success of Others. Find Out.

Why are all these average people hating on the success of others? In this Sunday Motivational article we’re breaking it down!

As usual, here is the video version of this article:

With that said, let’s move forward.

Imagine growing up with high goals, with a vision of a life that’s extraordinary, where your work has a real positive impact…

Imagine dreaming of the perfect family, not having to worry about money and having enough time to enjoy life and not feel like it’s passing you by…

Imagine growing up wanting to have the spotlight on you, for everyone else to witness your talent and acknowledge that you matter…

And then… seeing other people get that while you’re feeling miserable!

What you’re feeling isn’t actually hate, it’s envy and the difference is important.

Here’s the definition of the verb to envy:

desire to have a quality, possession, or other desirable thing belonging to someone else.

They have something you want, so you despise them.

Other people’s success triggers their insecurities, it brings back all those moments when they decided to play it safe and not go after it.

Most people assume a linear growth trajectory for everyone they know.

We are part of the same pack so our results should be similar, right? Well, unfortunately that’s not how the world works. 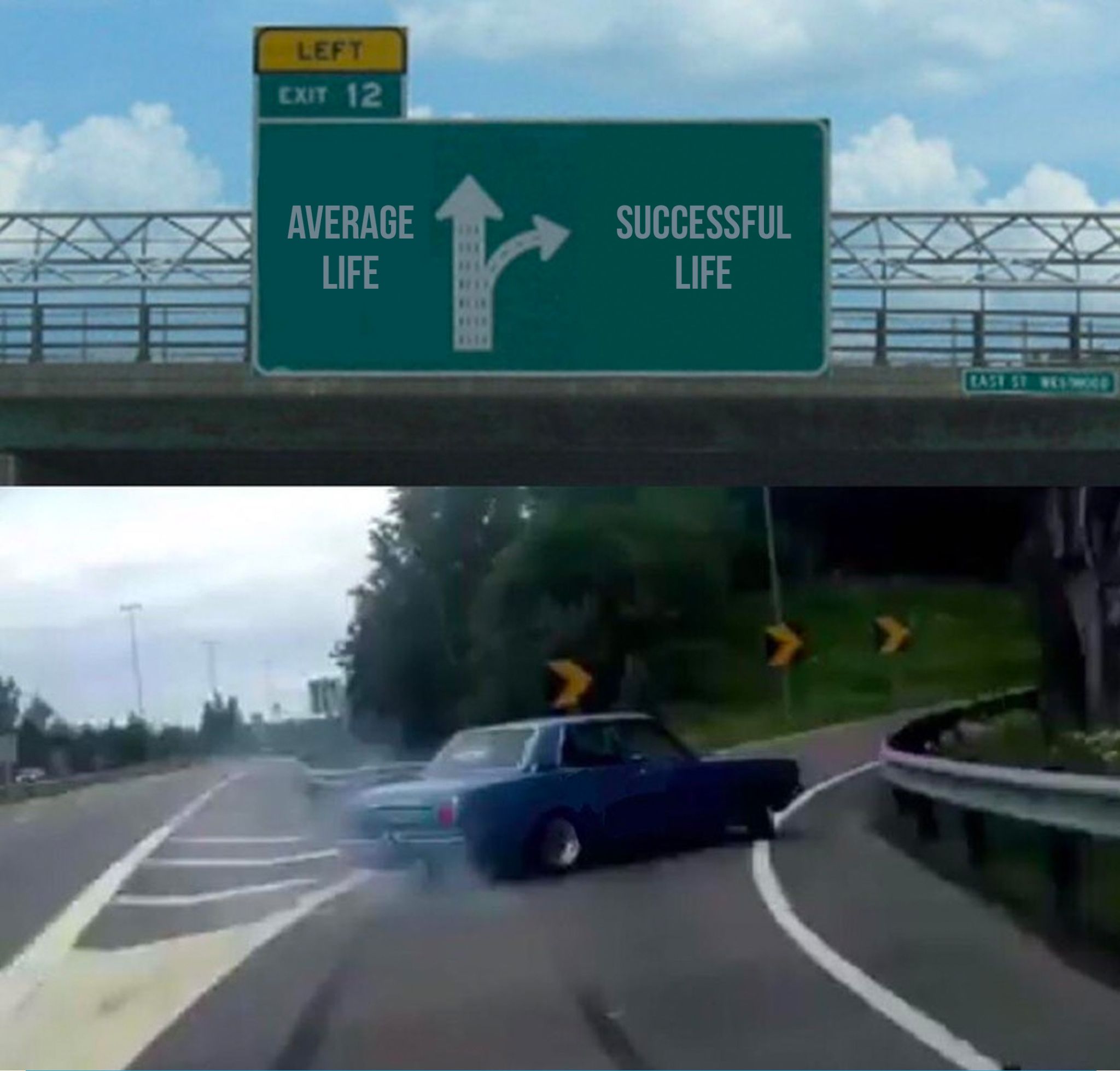 The world rewards action, not potential!

This comes from the average mentality. These people believe everyone is just like them and most of the time they are right, but not when it comes to the extremes, the people who are willing to go beyond the norm.

Just because we started in the same place doesn’t mean we have the same finish line!

Or that we’re running at the same speed.. You made a choice to stay in the same small town, to stick with the lame job or in the toxic relationship.. Successful people don’t settle for what is available. They know the world is bigger than what you see around.

For average people, the world is a zero sum game. The world is limited.

There isn’t enough for everyone, so if you got your success, that means they can no longer get theirs.

This was instilled in them growing up and it’s the type of mentality they carry around to this day.

The big distinction between those who make it and those who don’t is that:

Average people think success is given!

Average people assume that someone chooses you and gives you what you want. There is no participation trophy, there are no free applause.

Average people want a slice of an existing cake.. While successful people look for the recipe and ingredients to bake their own.

There is no limit to how many cakes one can bake.

Everyone can make their own assuming they’re willing to learn how to bake and make a priority of getting all the ingredients. But you have to be in the kitchen, you have to go to the store and buy the tools, the raw materials. This takes time and effort – something the average person always seems to neglect in the characterisation of those who made it.

It’s a lot easier to attribute everything to something that’s outside one’s control, such as luck.

Truth be told, if you’ve got the resources to read this article or listen to it as a podcast, you are beyond lucky. You already struck gold in the luck department, but you’re not realising it.

The world is quickly evolving to a meritocracy.

The internet is leveling the playing field.

You want to be famous? The internet gives you the opportunity with no gatekeepers.

You want to make money? The internet once again is the largest marketplace in the world and free for all.

Just prove that you’re willing to put in the work and get better at it.

When you live in the age of access and information abundance, being stupid is a choice!

We got a lot of hate on twitter this week for a variation of this quote that said:

In a world where everyone can be rich, staying poor is a choice!

Average people came swinging as they missed the point altogether.

You have all the tools at your disposal.

You’re playing on the same field as everyone else, but you choose not to engage because deep down you know that if it really comes to it, you might not have what it takes.

You’re too scared to find out..

There’s a small portion of the population that is willing to dive deep, to go all in, to embrace risk and put up with ridicule.

The bigger Alux gets the more criticism we receive! But numbers don’t lie.. Check the scoreboard!

Average people care about what everyone thinks about them, that’s what keeps them average.

Successful people only care about what a handful of those who are super close to them think and they make a priority to surround themselves with people that are there to support and uplift them.

This is something most people will never understand..

If you want extraordinary results, you can not behave like the ordinary!

It’s in the word, you need that EXTRA, you need to go the EXTRA MILE.

All human progress is the result of extraordinary people going after things nobody else would go after. Every invention, every innovation, everything that pushed humanity to this point is the outcome of someone who ventured into the unknown, into the darkness, into the deep waters while everyone else watched them in awe from the safety of the shore thinking they would drown.

This envy or hate stems from within.

It comes from the feeling of dissatisfaction with their own reality.

We’ve never met a hateful person that was happy!

All of these extraordinary results are independent of other people’s lives.

Success, very much like happiness, is something you have on an individual level.

Our happiness doesn’t keep you from being happy!

Our success doesn’t keep you from being successful!

All you have to do is be willing to embrace the risk and pay the cost to get there. The truth is most people don’t even attempt to go after the things they want in life. Their default answer to life is NO.

If you want to get out of this mindset, check out 15 Thoughts That Are the Enemy of Success.

For some, the cost is too high for them.

We sacrificed a decade of our life to make it to this point.

A decade of focus, discipline and a never ending hunger for progress.

Sacrifice is hard and most people are simply unwilling to sacrifice anything.

You can not learn how to swim if you’re scared of getting wet!

It’s part of the process. Get int he water!

Just because you choose not to learn how to swim, you can not hate those who are enjoying being in the pool!

Learn from them. Be inspired by them. Look at the way they move, the plays they make and then see what you can take away from them and implement in your own life.

Something incredible will happen.

Once you see results you become addicted!

Your life will continuously get better and you will understand that there’s more to life than being unfulfilled, bored and hateful.

Most of you are here because you don’t want to be average! You have this fire burning inside of you. If you’re an Aluxer you know damn well what we’re talking about!

Since this is an intimate conversation with our community, we want to take it to the comments: Why do you think average people hate the success of others?